skip to main | skip to sidebar

"What is special about 'Jaws' is that it hits, in everyone, a primal fear of the unknown that's in water.
-Roy Scheider (2001)
In 1975, a young, then-unknown, Steven Spielberg in only his second effort as director, released a thriller called Jaws, based off the bestselling novel by Peter Benchley. Throughout the years, most people recognize the movie more than the novel and if they did read the novel, they'd find it's the exception to the rule of, "The book is better than the movie." 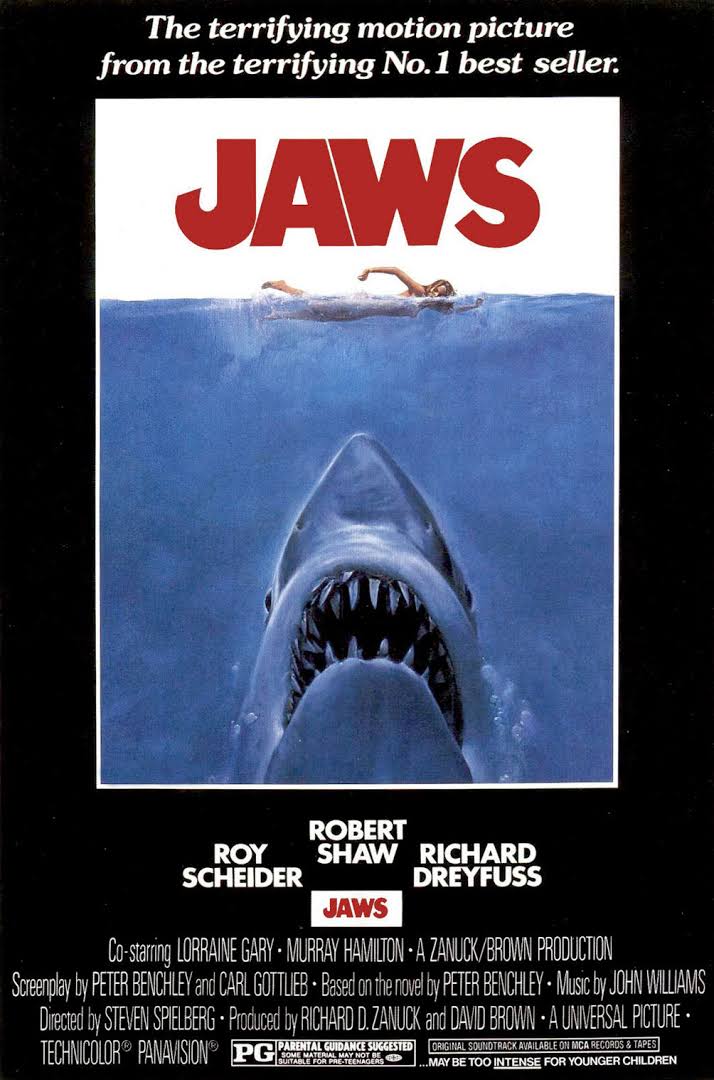 Know what this movie needs? A subplot where Brody's wife cheats on him with Hooper.
Read more »
Posted by SchweitzerMan at 10:30 PM No comments:

It was in April of 2014 at the Calgary Expo on the last day of the show for that year. I found myself walking towards the back of the hall where there were some food vendors when I noticed a table with a particularly eye-catching picture on the table. 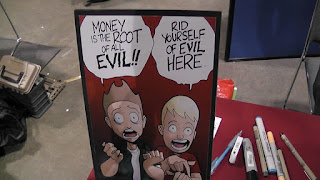 I'll be honest, I use this line quite a bit to make myself sound clever...

The two characters were Max (left) and his best friend Klaus (right), stars of the webcomic, Max Overacts. I briefly chatted with the creator of the series, Caanan Grall and decided to purchase the first volume of the comic. The one picture had made me laugh and figured the book might give me a few chuckles.

Movie Review: "What We Left Behind: Looking Back at Star Trek: Deep Space Nine"

I remember back in May of 1994, it was the finale to Star Trek: The Next Generation and the build up to this finale was massive. A show that had a bumpy beginning had now become the most popular show on television and they were bowing out and it seemed like everyone was treating this as the big deal I, as a seven year old, knew it to be.
The finale lived up to the hype, was a perfect way to wrap up the series and cap off a season where the show was starting to run out of ideas.

When Star Trek: Deep Space Nine ended in June of 1999...it barely made a blip on the entertainment radar. 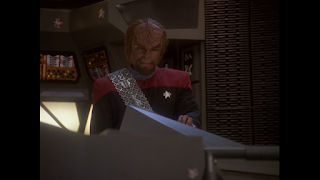 "Sensors confirm no coverage from Entertainment Tonight or Entertainment Weekly, Captain."
Read more »
Posted by SchweitzerMan at 11:04 PM No comments: The DCEU (DC Expanded Universe) hasn't had the easiest of starts when it comes to cinematic universes. Man of Steel which I originally liked, I actually began to dislike the more I thought of it to the point where I don't care if I ever see that movie again.

Batman vs. Superman: Dawn of Justice made me wonder HOW a cartoons from my childhood could do a better job of showing the Caped Crusader & the Man of Steel's first encounter.

Wonder Woman I really enjoyed when I first saw and while I might have a few problems with it, I would probably still enjoy it if I were to watch it again.
Read more »
Posted by SchweitzerMan at 3:05 PM No comments:

After the success of his first film, Get Out in 2017, the big question everyone had about Jordan Peele was a simple one: What's next?
Yes, he was going to be doing a revival of The Twilight Zone but what about a feature film?
The answer came to us Christmas Day with the trailer for his new film, simply titled Us.

Read more »
Posted by SchweitzerMan at 6:15 PM No comments:

Power Rangers in one form or another has been around since I was around six years old. I remember seeing it for the first time in first or second grade but in all honesty, I never thought it was that great.
Read more »
Posted by SchweitzerMan at 9:35 AM No comments:

Well, here we are again, once again it's time to slowly start gearing up for the Calgary Expo. While I may have been a bit critical of their guest line-up last year, (Feeling there was more of an emphasis on celebrities than comic creators) I must admit, I had a great time. Picked up some great comics, some great art, met some artists I admired. Even got to do a fist bump with Stan Lee-how cool is that? 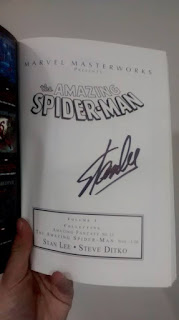 Oh and he upped the resale value of my Spider-Man trade paperback...

And as they've recently announced guests like Nathan Fillion, Christopher Lambert, Danielle Panabaker, Millie Bobbie Brown and Jim Shooter, I figured that I would give them a list of people I would like to see them invite this year.

Read more »
Posted by SchweitzerMan at 7:18 PM No comments: