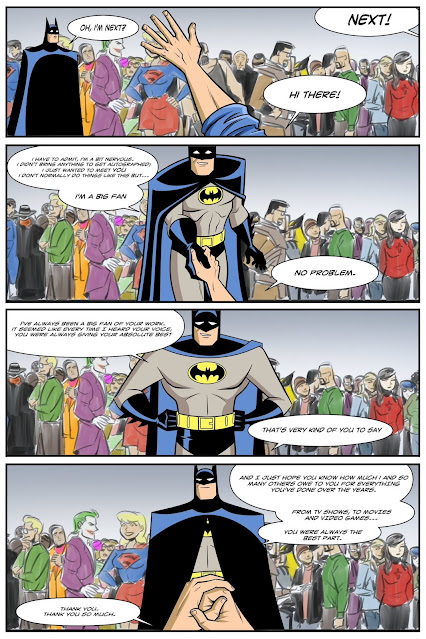 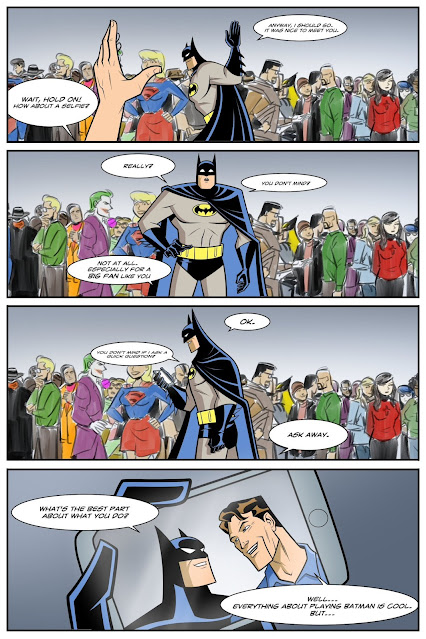 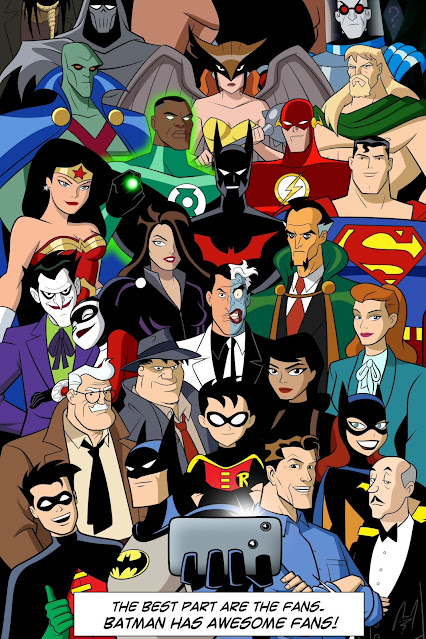 I loved That '70s Show's early seasons but it seemed to jump the shark after Eric & Donna broke up.
This week we've got That '90s Show premiering on Netflix. I'll check it out but before I do, I'm gonna make a small prediction about it.

Email ThisBlogThis!Share to TwitterShare to FacebookShare to Pinterest
Labels: about me, Netflix, predictions, tv shows

The Comic Book Conundrum: DC...You Have a Crisis

DC Comics: Be sure to pick up the final issue of 'Dark Crisis: Young Justice' where we explain why the 1998 'Young Justice series by Peter David & Todd Nauck was actually sexist, racist & homophobic. (We will provide ZERO evidence or examples of this but trust us, OK?) 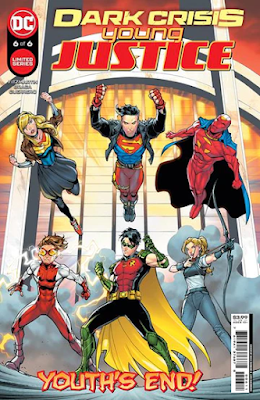 The pitch for this series was, "Let's get fans of this series to buy a comic where we let them know they're secretly human garbage!"

Also DC Comics: Be sure to pick up the final trade-paperback of 'Young Justice', completing the run of this classic series from Peter David & Todd Nauck which is beloved by fans to this day. 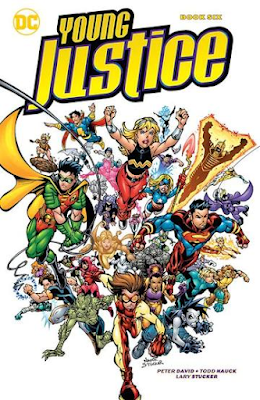 Oh wow, something that looks...uh...um...what's that word?
Oh right, enjoyable!

I'm not making this up either, both of these books are releasing on the same day. Do they ever wonder why former co-publisher of DC Comics, Dan DiDio, recently lamented that they "lost an entire generation of readers" and why manga is currently bending them over a table?

Oh and 'Dark Crisis: Young Justice' is not only a frontrunner for the Worst Comic of 2022, it's probably one of the worst comics I've ever read. I mean, up there with "All Star Batman & Robin".
I have no idea who the target audience is, what story they're trying to tell, what they're trying to accomplish by telling this story or why they felt this was the story they had to tell.
at November 14, 2022 No comments: 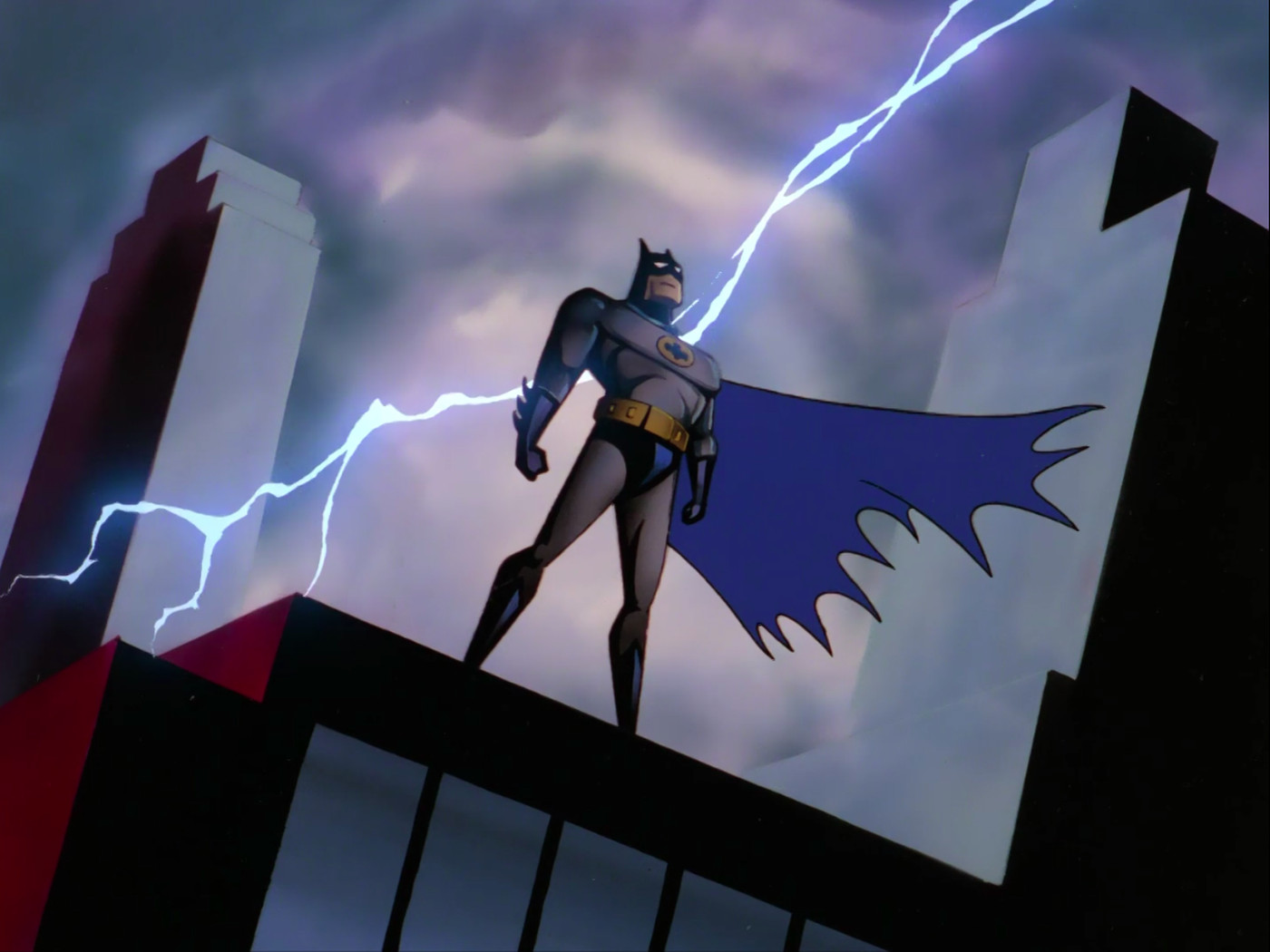 I'm sure people have their favorites like Michael Keaton, Adam West or Ben Affleck but for me and probably millions of people all over the world, Kevin Conroy was everything we wanted in a Batman.
He may not have had the physicality (Not needed in the medium of animation) but his voice gave you the presence of Batman; he let you know that THIS is what Batman should sound like and it affected how we actually read the comics. Go to any comic convention and ask someone "Who's voice do you hear in your head when you read Batman?" and nine times out of ten, people will answer "Kevin Conroy".
Whether it was an episode, animated movie or video game, the quality never mattered because you knew that if it was good, Kevin playing Batman was the cherry on top. And if it was of a...lesser quality, you always knew that he was going to be the best thing in it because he always gave it his all.
And what was so wonderful about him was you never got the feeling from him that he disliked the character or the impact he had on people. He was constantly on the con-circuit, signing autographs for fans and going to panels and I can't say I ever heard a bad word about him.
In the immediate aftermath of 9/11 he volunteered in a soup kitchen and when it was revealed WHO he was he had no problem breaking out his Batman voice for anyone in attendance.
Kevin Conroy was not the Batman we deserved but I, and countless others, will be forever grateful to him for being the Batman we needed.
As Bruce Wayne once told Terry McGinnis in Batman Beyond, the same applied to Kevin Conroy: "It's not [being] Batman that makes you worthwhile; it's the other way around."
at November 11, 2022 No comments:

This is an interview I did all the way back in 2014. I was writing for a boxing website and desperate to get any sort of material, I would ask any professional boxer who followed me on Twitter if they would be open to an interview.

So imagine my shock and belief when I got the opportunity to one day make a phone call to Florida and chat with none other than the former Light-Heavyweight Champion and Ring Magazine Fighter of the Year for 2004, Glen "The Road Warrior" Johnson. 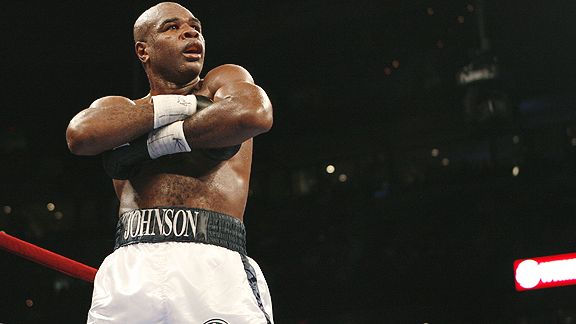 Email ThisBlogThis!Share to TwitterShare to FacebookShare to Pinterest
Labels: about me, boxing, interview

I'm gonna let you in on little secret that I feel has been out there for quite a while and some of you probably had assumptions about, if you were paying attention. Now I'm sure there might be some of you who are a bit shocked by this but I'm doing this because times have changed and what might have been a bit taboo when I was a teenager, has become a lot more socially acceptable now.
If this concerns you, I just ask that you understand and try to see past the label but...here we go.

Email ThisBlogThis!Share to TwitterShare to FacebookShare to Pinterest
Labels: about, about me, critic, entertainment, funny, tv shows, writing 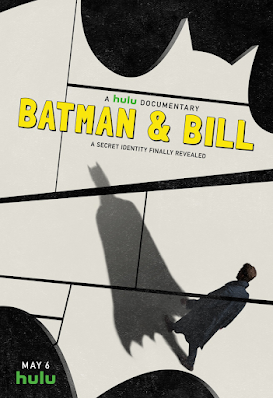 Life is unfair and a lot of times, not everyone gets the credit or recognition they deserve. Ask anyone at a comic convention the question, "Who created Spider-Man" most people are going to give the name "Stan Lee" as the only answer. If you prompted them to name anyone else, chances are they would draw a blank, unaware of this brilliant artist named Steve Ditko.

Bill Finger was in his own way very similar to Ditko; there aren't many photographs of him, few interviews and chances are most people are unaware that Bill Finger is co-creator of one of the most iconic heroes in all of fiction: Batman

In September of 1992, I was preparing to enter the first grade. That June I had turned six years old and the one thing I probably asked my parents for the most was their permission to go see one of the biggest movies of the year: Batman Returns.

I was pretty Batman crazy as a kid. The first Halloween I can remember, I went as Batman. For my fifth birthday I got two Batman videos on tape (One being the 1989 film and the other being the 1966 movie starring Adam West and Burt Ward) and some Batman toys. However even though I had gotten colouring books, action figures and story books based on the movie I wanted to see, my parents were steadfast in their denial. What made it worse was that at the time, all over my bedroom I had newspaper clippings about the movie all over my room despite the fact I didn't know how to read them.

But...there was hope. On the local FOX station, their weekday afternoon line-up showed commercials for a new animated series starring none other than Batman. I knew that while my parents wouldn't let me see Keaton, Pffeifer and DeVito, there was no way that they would deny me the chance to see the greatest hero of all time on TV. NO WAY!!!

Around Labour Day we were visiting my Tante Kim in Toronto. We were watching TV in her apartment when my dad announced that it was time to go. All of a sudden, a cartoon I hadn't seen before had started it's opening theme.
I knew what I was watching and suddenly realized that I could not miss out on this opportunity.
"We have to stay!" I insisted to my folks.
Looking at the adorable six year old in front of them, they both shrugged and relented.
"But only for a half-hour," my father told me. "Is this a half-hour?"
"Yeah, yeah!" I said, even though I had no idea how to tell time.
The episode we watched was On Leather Wings. 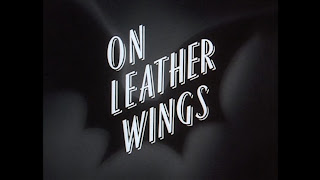 Oh, Star Trek: Voyager, like my parents' attitude in regards to myself, I do love you for what you are, but I also know you were capable of so much more.

You know my story, I'm a huge fan of the TNG Trek era (That's pretty much from 1987 to 2005) but Voyager was special because it was the first one I was going to properly watch from the beginning. And I was hyped from first episode to the last. But in the more than 20 years since the final episode aired, me and a friend have always thought of ways that we would improve things.

So I'm back again, this time to maybe build on a character who had a lot of potential but sadly they never reached their full potential with and that would the show's First Officer, Commander Chakotay, played by Robert Beltran. 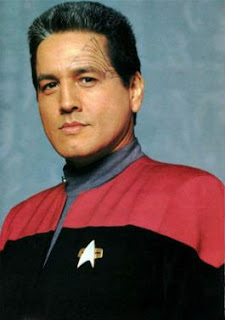 Me and Tom Grummett

Around a year ago, it really felt like the world was slowly-but surely-getting back to normal. People were allowed to eat out at restaurants, go to the movies, visit bars, breweries, attend concerts and even...comic book conventions.
Despite the show normally being held in April, in September of last year, the Calgary Expo returned in a slightly limited capacity. But I have to honest...I really enjoyed it. It felt a lot more organized and I thought it was great having all of the convention in one building instead of having vendors in the BMO Center and all the comic pros and Artists Alley (Along with other, smaller, vendors) in the Big Four Building.
Plus, I got a lot of cool things, a whole bunch of comics autographed, I picked up some art from new artists...and I also got COVID.
Read more »
at August 25, 2022 No comments:

As I mentioned last time, an early issue of the series Robin was one of the first comics I ever bought with my own money. But along with that issue there was another comic I bought that day as well.
My family was on a little road trip to visit my Tante who lived in Toronto and on the way to her apartment, I remember we stopped at a Coles book store and there was a rack full of comic books. Naturally I picked up Robin but I also picked up a comic I hadn't seen before. It turns out that the hit show Batman: The Animated Series had it's own tie-in comic and I had found it's latest issue and decided to buy it. 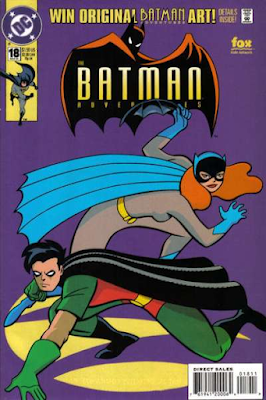 The Batman Adventures...sans Batman
Read more »
at January 16, 2022 No comments: